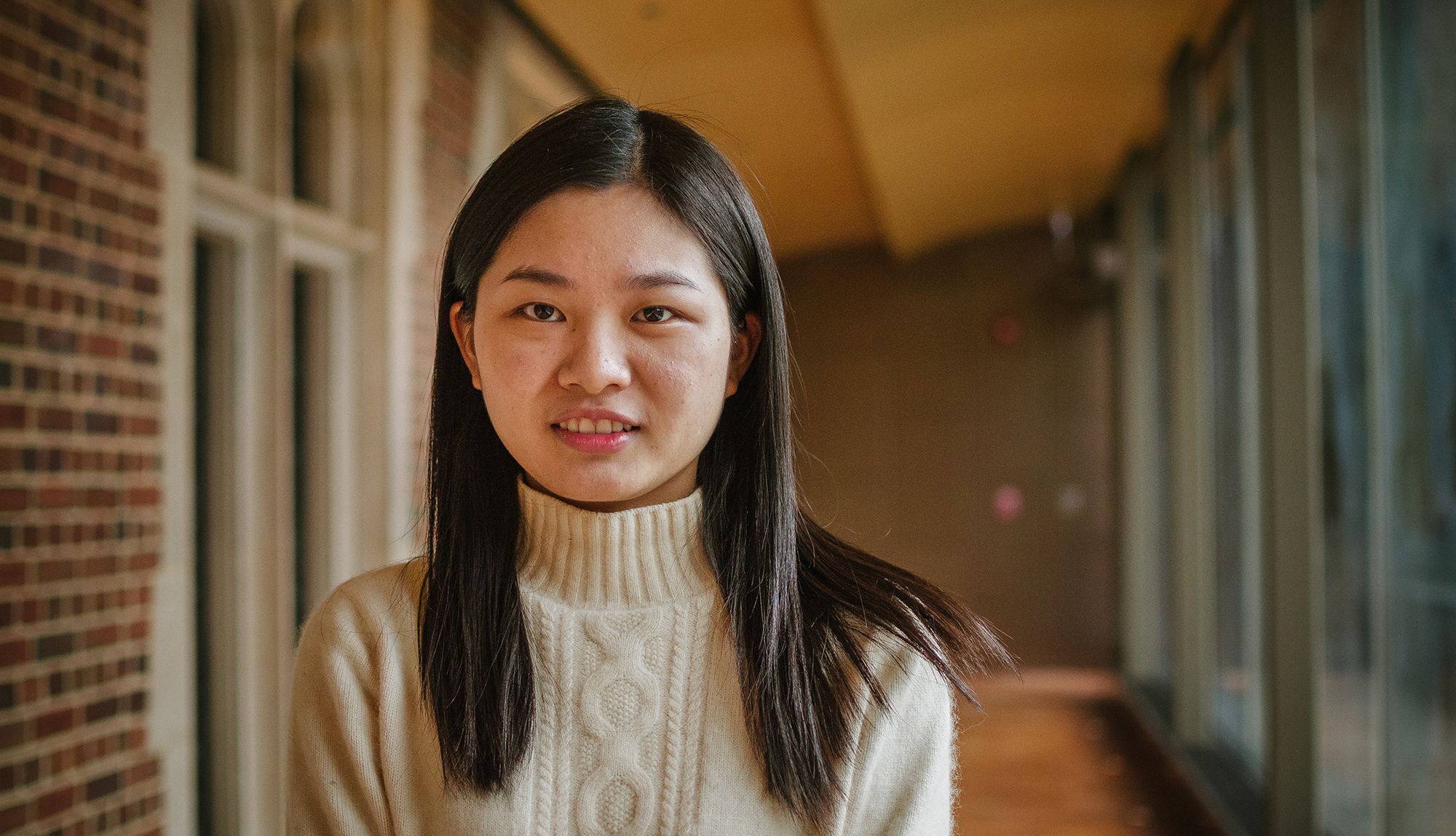 Jiawei Lyu is a master’s student in Economics at Jinan University. As part of The Chicago-Jinan Initiative, a collaboration between CEHD and Jinan University’s Institute for Economic and Social Research, she was the inaugural visiting graduate student at the center in the fall of 2018. During her time at CEHD, she worked on the Mianzhu project, a collaboration with Jinan University on the topic of China’s left-behind children. Her current research interests include labor market discrimination, gender differences and left-behind children in China.

Can you describe your recent experience as a Visiting Graduate Student at CEHD, as part of the new UChicago-Jinan Initiative?

I am so honored to be the first visiting graduate student at CEHD as part of the new Joint Research Initiative with Jinan University. Upon arriving at CEHD, I was invited by Professor Heckman to introduce the “Longitudinal Study of Children’s Development in Mianzhu (Mianzhu Project)” to University of Chicago faculty. This project was conducted by Institute for Economic and Social Research (IESR) of Jinan University, and focuses on left-behind children issues. I appreciated all the comments and suggestions raised by the faculty. In fact, IESR has already updated the questionnaires according to the comments and applied new questionnaires to the second-round survey. Being a linkage between CEHD and IESR was meaningful. Besides, participating in the project of CEHD as a research assistant for Jin Zhou also inspired my passion. Jin not only provided me advice for academic research, but also gave me useful suggestions on campus life and daily entertainment. Therefore, I also attended some economic classes for graduate students and many workshops on campus. I was impressed by tons of questions during seminars and it reminded me of the importance of skepticism. The University of Chicago is indeed a glorious place for economic study and CEHD undoubtedly should be one of the shiniest pearls.

How will your time at CEHD influence your future research?

CEHD has a variety of projects about child development and I have been in touch with one or two. This experience heightened my interest in child development. Besides, by interacting with faculty in CEHD, I can conclude that academic research is a long-run process and keeping curious may be a method to make this process full of interest.  The experience at CEHD opened my eyes to the top field of economic study and showed me broader stages for academic research, which strengthened my belief for future research.

What are your current research areas of interest?

My current research interests include labor market discrimination, gender differences and left-behind children in China. I am working on my thesis paper about left-behind experiences and adult outcomes in labor market. I have also employed a field experiment on online recruitment market in China to investigate job discrimination against mothers.

How did you first become interested in studying economics?

I first learned about demand-supply curve in my Principles of Microeconomics class when I was a freshman. The magic curves revealed simple but reasonable rules in the economic world. The hypothesis and rules of economics drove me to want to learn more about it. The more I learned, the more I was curious about economics. At the end of sophomore year, I began my first academic paper with my undergraduate advisor. We worked on the study “Credit Card, Risk Coping and Stock Market Participation of Urban Households” using Chinese Household Finance Survey (CHFS) data by Southwestern University of Finance and Economics ,where I obtained my bachelor’s degree. During this process, I got to understand what academic research is and decided to study economics deeper.